School of Pharmacy Alumni Work to Advance Diversity, Equity, and Inclusion in Pharmacy 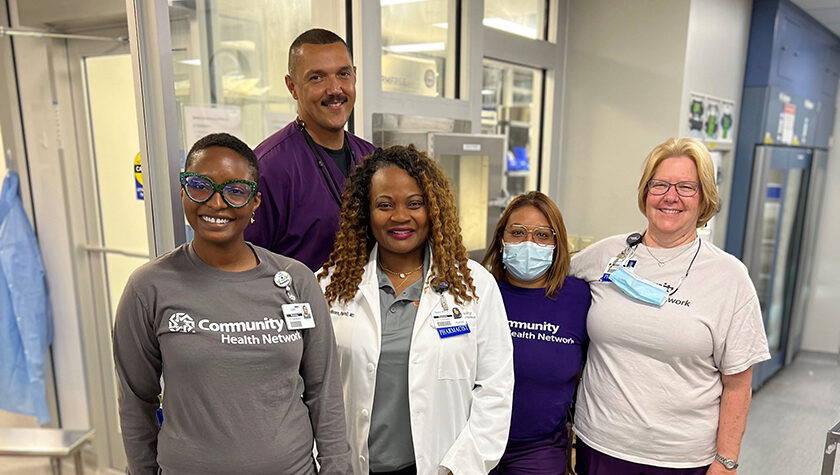 Six alumni of the School of Pharmacy are working to promote diversity, equity, and inclusion in the pharmacy profession through their involvement in state and national DEI initiatives

“Health care is not a ‘one size fits all’ model,” says Lisa Imhoff, associate dean for Diversity and Inclusion Initiatives at the University of Wisconsin–Madison School of Pharmacy. “It’s important for a diverse patient body to have positive experiences with their pharmacists, because that builds trust with the healthcare system as a whole.”

Over the last couple of years, health professionals, organizations, and schools at local and national levels have been increasingly recognizing that fact and begun laying the groundwork for more equitable patient outcomes. And several alumni of the School of Pharmacy — which launched its own strategic plan in 2019 with a focus on improving health equity and diversity in the profession — are at the helm, shaping goals and policies to encourage inclusivity and equity.

Alongside Imhoff, three alumni sit on the Pharmacy Society of Wisconsin (PSW) DEI Committee, and three more are serving on the American Society of Health-System Pharmacists (ASHP) Task Force on Racial Diversity, Equity, and Inclusion (RDEI). Both groups are tasked with evaluating their respective organizations’ current policies and practices regarding DEI, as well as generating recommendations to guide ongoing efforts.

“I think it’s important to work with people outside the School of Pharmacy that we’re connected with,” says Imhoff. “We can learn from each other, and also help push each other to grow and advance.”

In the spring of 2020, Imhoff was invited to join the newly-formed PSW DEI Committee alongside eleven other PSW members and leaders, including School of Pharmacy alumni Tabarius Smith (PharmD ’03), Melissa Theesfeld (PharmD ’06), and Jenevieve Van Order (PharmD ’21). The committee met monthly throughout 2020 and 2021, inviting members to engage in open dialogues with one another about their experiences with race, ethnicity, gender, and other perspective-shaping identities in conjunction with their work as pharmacists and their involvement with PSW.

For Melissa Theesfeld, assistant dean for clinical affairs and associate professor at the Concordia University Wisconsin School of Pharmacy, as well as former PSW president, expanding PSW’s definition of diversity was an important first step in addressing the challenges faced by pharmacists from minority backgrounds.

“Historically, PSW has always prided itself on diversity in representation; we pull pharmacists from all over the state of Wisconsin and from a variety of practices, and that was the definition of diversity within PSW for a long time,” says Theesfeld. “But now that we have this DEI focus, we can also think about PSW in terms of gender, race, ethnicity, religion, and sexual orientation.”

A major task of the committee was to identify opportunities to improve DEI within the organization, and from those opportunities create a list of recommendations for PSW leadership to implement. For Tabarius Smith, a community pharmacy manager from Glendale, Wis., laying out a list of clearly-defined goals was an essential part of the group’s work.

“When we talk about DEI in most organizations, it can be very open-ended,” he says. “But we wanted to come up with a consensus so that all folks understand, and give a well-defined idea of what we’re targeting to make it a lot easier to work toward those goals.”

One of the recommendations generated by the PSW DEI committee focuses on creating measures to increase representation for historically underrepresented groups in membership and leadership roles. In Wisconsin, a state that is 87 percent white, representation can often be hard to come by, even as many organizations work to build greater diversity into their structures.

For Smith, representation is important not only for engaging a diverse range of perspectives, but also for ensuring that all members feel comfortable and nurturing a sense of belonging.

“Being African American and underrepresented in Wisconsin, I know it’s important to make sure that we have a level of comfort,” he says. “It’s very important to have other folks who look like you and sound like you not only be a part of the organization, but also be front-facing and visible.”

As a pharmacy manager, Smith also thinks about representation within his own team and community.

“In my role as a pharmacy manager, it’s important to create a diverse team,” he says.

Other recommendations generated by the committee suggest providing education, training, and resources on DEI topics, as well as partnering with community stakeholders on DEI efforts, with the ultimate goal of improving patient care to better serve Wisconsin communities.

“What a lot of the DEI work for PSW has done is provide a resource for other organizations,” says Smith. “People can take parts of what we we’re doing for PSW and start to initiate their own organizational development of DEI programs across the board.”

“Using these types of venues not only as educational opportunities, but also collaborative opportunities to bring people together and share what they’re seeing at their different organizations, is a really eye-opening experience,” says Theesfeld. “I think that concept of education starts with small groups of people, and then we work it into broader educational programming.”

For Imhoff, education is an important part of the work she has done not only during her involvement with PSW, but also as part of her role developing DEI programming within the School of Pharmacy.

“As a healthcare school, we have to prepare not only our future practitioners, but also our faculty and staff so that they’re able to teach up-to-date practices that really impact health disparities and promote health equity,” she says. “Ultimately, the goal is to have our practitioners be able to serve all patients to decrease healthcare disparities.”

Many of the workshops and discussions Imhoff leads at the School center on helping individuals recognize their various and intersecting identities, and to use that information to deepen their understanding of how much those identities can impact their own and patients’ experiences.

“We have to think about people and the environments that they’ve grown up in, their different lived experiences, and the different points of their multiple and intersecting identities,” she says. “We as individuals are all at different developmental levels and on different journeys. Part of these trainings and workshops is to help those that aren’t comfortable recognizing and talking about differences and inequities not only get comfortable, but also take action.”

In June 2020, while the PSW team was working to improve DEI for pharmacists across Wisconsin, leadership at ASHP were putting together their own DEI team in response to the nationwide reckoning around social justice. The goals of the ASHP RDEI Task Force were to assess ASHP’s DEI efforts, with a particular focus on addressing issues facing Black Americans.

Invited to join the task force were pharmacists and pharmacy leaders from around the country, including School of Pharmacy alumni Dawn Moore (MS ’01), Melissa Ortega (MS ’12), and Bruce Scott (BS ’79).

“At the time that we convened, we had so much social unrest,” says Moore. “It was important that we took on facing these issues with the focus on Black Americans at that time, but we always had the understanding that the applicability was far more expansive than just Black Americans.”

For Moore, as vice president and chief pharmacy officer for Community Health Network, a non-profit health system based in Indianapolis with more than 200 sites of care, as well as former president of the Indiana Pharmacists Association, her experience as a leader played a large role in inspiring her to join the task force.

“As a leader in the profession, I felt that I could influence the movement, whether that’s locally or at the national level,” she says. “I felt that my reach and my connections could be impactful in helping to move this agenda forward.”

As a member of the Black community, Moore also felt inspired to join the task force because of her lived experiences.

“I have relatives and loved ones, including myself, who have experienced inequities and injustices,” she says. “I thought it was important to join the task force in an organization that I was and continue to be proud to be part of.”

In January 2021, the task force published an extensive report with recommendations for tackling areas such as the organization’s governance and structure, its partnerships with local hospitals and health systems, goals for education and training, advocacy, research, and its strategies for marketing and communications.

“There were so many flowing ideas. We could have probably come up with so many recommendations, but what’s most important?” says Moore. “We wanted to make sure we had recommendations for our primary stakeholders.”

As one of the largest pharmacy professional organizations in the United States, ASHP sets an example not only for its more than 60,000 members, but also for its many community partners.

For Bruce Scott, former president of ASHP, member of UW–Madison’s Board of Visitors, and the 2019 recipient of ASHP’s Harvey A.K. Whitney Lecture Award, part of the reach of the task force comes by way of ASHP’s influence over the pharmacy profession as a whole.

“ASHP is a leader, particularly in its accreditation of residency programs — I think ASHP can have a tremendous impact there,” says Scott. “But if ASHP can also lead the profession in how we think about DEI, I think that’s also an important goal and responsibility of ASHP.”

Scott and Moore both value collaborating with other organizations to inspire others to get involved in DEI work and to share knowledge and resources around health issues that disproportionately impact minority communities.

“Partnering with organizations can help bridge gaps when it comes to education,” Moore says. “And when it comes to advocacy around certain disease states, having awareness is important, because that’s going to help us in treating those patients and building a stronger community with them.”

“You can’t have population health without DEI. No matter which disease states impact which populations, we need to make sure we are taking action in the form of advocacy and knowledge and information,” says Moore. “When we don’t know, we don’t respond as compassionately, so knowledge helps in so many ways. We have to meet people where they are.”

For both the PSW and ASHP teams, now that the work of putting together recommendations is done, the next step will be to ensure that the recommendations are implemented and sustained. For both groups, accountability measures were woven into the lists of recommendations, especially in the form of reporting progress to members.

“You need to have accountability built-in,” says Imhoff. “It’s easy for leaders not to keep diversity, equity, and inclusion top of mind. This might be due to competing priorities, lack of intentionality, or if you don’t have lived experiences that help you empathize with inequity. If you don’t understand or prioritize DEI, it can negatively impact your organization if you aren’t actively making changes or progress in this area.”

For most of the DEI committee and task force members, their work now involves helping to plan and oversee the implementation of the recommendations. But many of them are also prepared to bring what they learned back to their own pharmacy settings.

“The task force members are taking a lot of these recommendations back to their places of employment, their practices, and also to their state affiliates or state associations, and helping to advance those initiatives that way,” says Moore. “They were very passionate and engaged, and definitely want these recommendations to be implemented and see the great outcomes from them.”

Likewise, Scott hopes that his organization’s work will influence other pharmacy organizations to take similar initiatives.

“I hope that the team’s work will further advance ASHP and not only help individuals, but the communities they serve,” he says. “And throughout our profession and society, I hope that it elevates the need for diversity, equity, and inclusion among other organizations, and facilitates the creation of care teams that are more DEI sensitive to help provide well-rounded care for the communities they serve.” 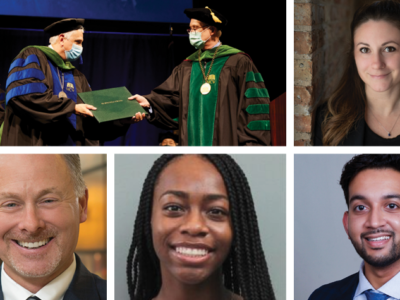