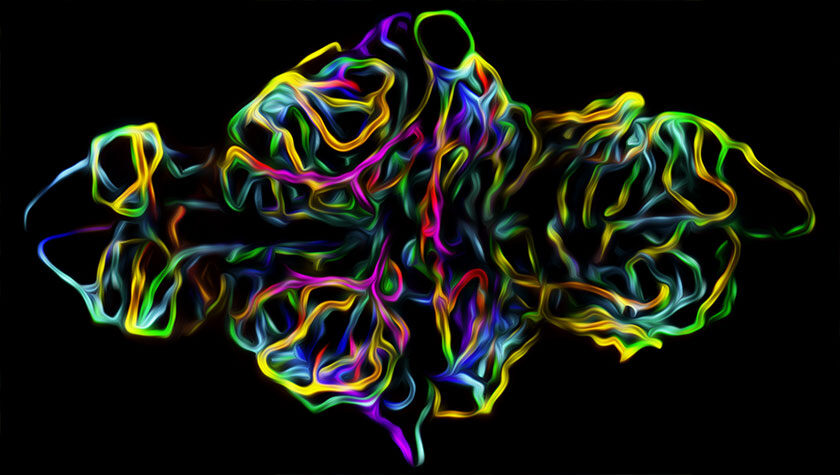 With the rapid growth in start-ups and companies focused on psychoactive pharmaceuticals like psychedelics and cannabis, employers are seeking professionals who already have the practical and professional skills needed to succeed in the pharmaceutical industry. The Capstone Certificate in Psychoactive Pharmaceutical Investigation will give you a competitive edge in your career progression or transition. This certificate program focuses on developing the specific skills and knowledge that are essential for you to hit the ground running and succeed in this exciting area.

The fully online curriculum allows you the flexibility to complete your coursework from anywhere in the world without disrupting your career. The graduate-level certificate is designed as a rapid, non-degree alternative to our Master of Science in Pharmaceutical Sciences: Psychoactive Pharmaceutical Investigation. Successful completion of the courses within the capstone certificate can be applied to the master’s degree program, should you choose to pursue your MS in the future.

Courses are 100% online. With just 12 credits that are broken down into easily digestible 1 or 2 credit offerings, this certificate program can be completed in as little as 2 semesters and consists of select courses from the master’s program.

A history of medicinal substances and dangerous drugs in wider context, with a focus on gender, race, class, business, and other analytical categories. “Medicines” and “drugs” change over time — and concepts of risk, danger, legality, and even scientific evidence are elastic. Histories of laws, regulations, and key historical actors, as well as specific drug biographies, will be provided.

Discusses federal statutes and regulations related to drug manufacturing, drug distribution, and drug use, with an emphasis on drug scheduling and controlled substances. Describes the governmental framework within which pharmaceutical development is regulated and practiced. Covers statues and regulations protecting human subjects’ privacy and autonomy in research.

Discusses the biological and pharmacological basis of dependence of substances of abuse. Teaches the skills required for best practices in prescribing agents of abuse. Drugs of abuse covered include opioids use for acute and chronic pain, in addition to other abused substances such as cannabinoids, psychedelics, amphetamines and related agents. Students will learn appropriate methods of therapeutic tapering and treatment of withdrawal, as well as the treatment of known and unknown agent overdose. Teaches skills in interpreting and responding to findings of urine drug tests and the prescription drug monitoring database.

LEARNING OUTCOMES:
1. Demonstrate knowledge about the neuro-and psycho-pharmacology of substance dependence
2. Define and distinguish between substance use, misuse, abuse and dependence
3. Explain the public health implications of substance misuse
4. Identify optimal treatment of patients with chronic, malignant pain, including management, alternative opioid-sparing approaches, and how to address opioid use disorders
5. Interpret urine drug tests and the Prescription Drug Monitoring Program, and create patient treatment plans based upon these findings
6. Understand pharmacology, appropriate use and misuse of CNS stimulants and CNS depressants
7. Identify the symptoms of toxicity from overdoses of abused drugs
8. Manage patients admitted with toxicity from overdoses of abused drugs
9. Anticipate the agents of misuse in specific populations as athletes and students

Overview of the science behind therapeutic use of psychedelic drugs such as psilocybin and LSD; basic medicinal chemistry of the tryptamine and phenethylamine psychedelics, as well as the neurochemistry and neuropharmacology of their action. Fundamentals of drug development and FDA approval process; Standards of screening and guiding individuals before and during a therapeutic psychedelic session contrasted with the recreational use of these drugs; Appraisal of current clinical research including an objective analysis of risk/benefit for indications such as depression and addiction. History of traditional, ceremonial use of psychedelics, as well as the relationship between recreational use and attempts to regulate and restrict their use. Role of psychedelics in indigenous cultures, impacts of psychedelic tourism and wild-crafting of plants and animals on indigenous peoples. Contrasts in psychedelic treatments to other therapeutic interventions such as mindfulness and meditation.

LEARNING OUTCOMES:
1. Describe the roles of psychedelic compounds in the traditional rituals of indigenous peoples, and the impact of psychedelic tourism upon these native societies and their environment.
2. Describe the history and rationale for the regulation and prohibition of these compounds in the past century.
3. Describe the similarities between efforts to decriminalize cannabis and psychedelics, including pros and cons for each position.
4. Describe the path by which psychedelic drugs may be proposed to the FDA for approval drugs, and rescheduled by the DEA.
5. Identify the basic chemical structures of the most common psychedelic tryptamines and phenethylamines, and their usual pharmacologic targets in the brain.
6. Describe and critique examples of the research literature on the human use of psilocybin and LSD for the treatment of diseases such as depression and substance abuse disorders, including proposed metrics of effect.
7. Describe the usual screening, preparation, and care of a subject receiving psilocybin, and the expected skills, training, and role of the attending clinicians.
8. Describe the relationship of psychedelic treatment to other methods of care such as meditation, mindfulness, and cognitive behavioral therapy.

1. Describe the role of the endocannabinoid system in human disease.
2. Identify appropriate cannabinoid use in various disease states.
3. Describe the mechanism of action of THC and CBD on several body systems and disease states.
4. Explain the pharmacology of THC and CBD.
5. Describe common / serious drug interactions and adverse effects of cannabis therapies and methods for preventing or minimizing their occurrence.
6. Analyze and present primary and lay literature regarding cannabinoid therapy.

Provides the experience and skill to find, read and critically analyze scientific and regulatory literature in the field of drug discovery and development.

Tuition
Credits are $1,500 for residents and non-residents.

Flexible pacing: 2-4 semesters depending on credits/semester