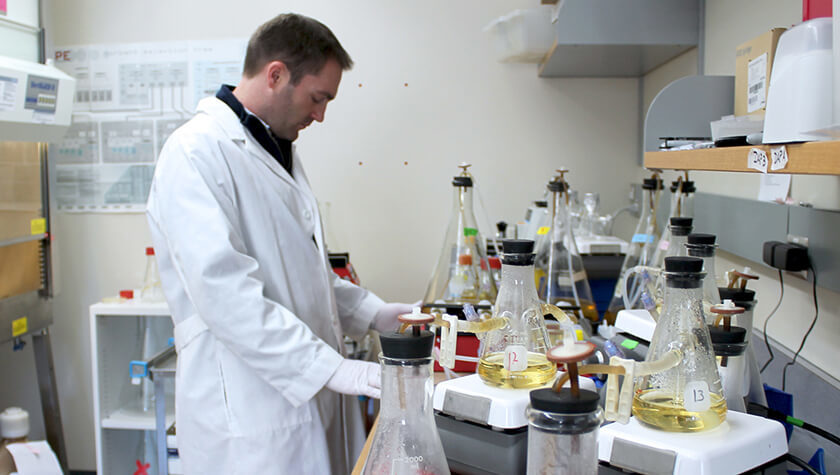 Associate Professor Warren Rose, in his lab in the School of Pharmacy's Pharmacy Practice and Translational Research Division.

With a new R01 grant, Associate Professor Warren Rose is testing a MRSA subset that might not be resistant to beta-lactams

It’s one of the most common hospital-acquired infections, and it similarly haunts locker rooms, day cares, and other close quarters, including schools. Concerningly, it also happens to be one of the top antibiotic-resistant threats in the United States, responsible for more than 80,000 infections and 11,000 deaths each year.

The culprit is methicillin-resistant Staphylococcus aureus, more commonly referred to as MRSA.

“The issue with MRSA is that beta-lactams, like penicillin and similar drugs, don’t work because these infections have a gene that is resistant to those,” says Warren Rose, associate professor in the University of Wisconsin–Madison School of Pharmacy’s Pharmacy Practice Division. “That’s important because beta-lactams are one of the drug classes that are most effective for treatment.”

However, Rose and Arnold Bayer, a physician collaborator at the University of California, Los Angeles Biomedical Institute, are beginning a new research project to explore strains of MRSA that might not be as resistant as previously thought.

With a new five-year R01 grant from the National Institute of Allergy and Infectious Diseases, Rose and Bayer will be growing MRSA in alternative media to identify the effectiveness of antibiotics that have previously been discounted.

The testing has two main components: First, the team needs to identify which strains of MRSA might be susceptible to beta-lactams. Then, with the potentially vulnerable strains determined, they will screen antibiotics against those strains using in vitro models before moving to in vivo testing.

Typically, the agar used for growing bacteria is made up of animal and plant components and nutrients that don’t replicate a realistic human environment, meaning that testing antibiotics against infections grown in those environments might not accurately depict real-world susceptibility. But by adding components to the media, the results can change.

“We’re looking at using alternative media as a screening platform to test if this organism actually is susceptible to beta-lactams, but we’ve been using the wrong media to identify it,” says Rose, who is also selected to be honored as a 2019 Fellow of the Infectious Diseases Society of America.

To screen for susceptibility, Rose is supplementing the media with bicarbonate, which suppresses the expression of the gene MRSA carries that makes it resistant to beta-lactams. Not every strain of MRSA is sensitive to bicarbonate, but the ones that are, are also more likely to respond to beta-lactams.

The second half of this study will actually test those potentially vulnerable strains for susceptibility. To test in vitro results, Rose is using modeling systems to identify what doses might be appropriate for further clinical testing. Specifically, the Rose Lab is using an endocarditis in vitro model.

One of MRSA’s common complications is endocarditis, which is a growth on the heart valves, called a vegetation, that can develop following valvular damage, such as from rheumatic heart disease, aging, or congenital malformations. This damage allows bacteria to attach itself to the valve and form a bacteria-filled leaflet.

“You get this small mass on your heart, which is where the bacteria are residing,” says Rose.
“Eventually, this growth of bacteria can eat away at the heart valve and destroy it, all while releasing bacteria from that vegetation directly into the bloodstream.”

These types of infections have a high mortality rate, and come with many complications. Rose will be recreating similar vegetations in his lab to screen for how beta-lactam drugs work against MRSA in that site of infection.

“The long-term potential would be to use this as a potential therapy and screen patient isolates for susceptibility in this alternative media,” says Rose, which would allow clinicians to effectively re-introduce beta-lactams in treatment for MRSA.

Read about a recent survey led by Associate Professor Warren Rose, about how long it takes new antibiotics to be used in clinical settings. 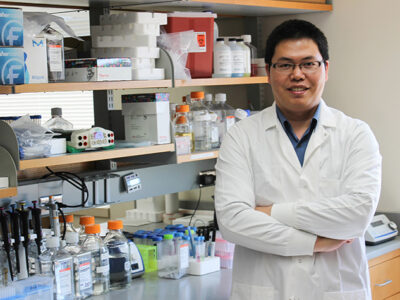 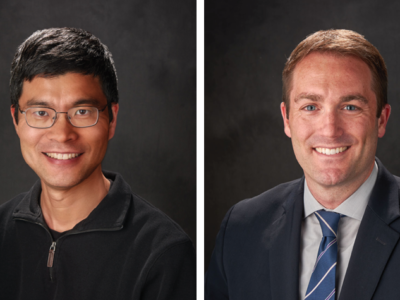