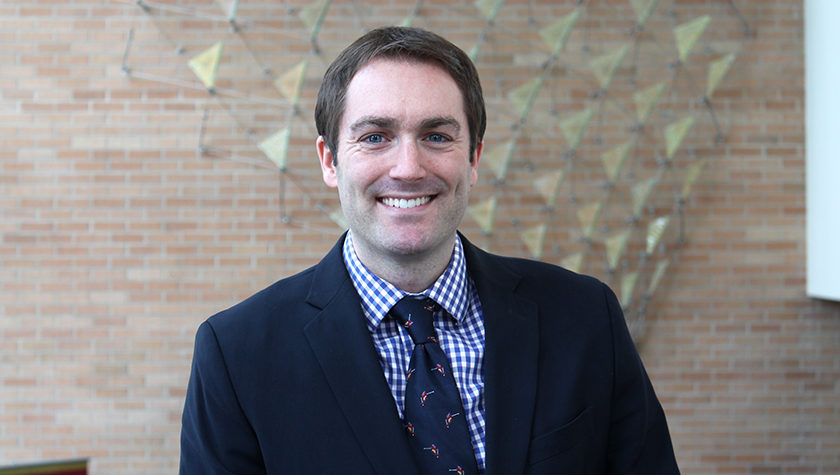 Associate Professor Warren Rose has been honored for his work many times before, such as being named a fellow of the American College of Clinical Pharmacy in 2018 and being elected secretary of the board for the Society of Infectious Diseases Pharmacists. And the accolades keep coming.

Rose’s latest honor is especially notable for a pharmacist: He is being inducted as a fellow of the Infectious Diseases Society of America (IDSA), an organization of mainly physicians, scientists, and public health experts who specialize in infectious diseases.

“We are proud to have Warren Rose as a fellow of IDSA,” says Nathan Danskey, director of marketing and member engagement for IDSA. “This year three of the 105 inductees were PharmDs, so it is uncommon — however, it is also a recognition of the substantial and growing role pharmacists play in infectious diseases, including rising to meet the growing challenge of antimicrobial resistance through antibiotic stewardship.”

In fact, figuring out how to overcome antibiotic resistance is Rose’s primary research focus.

Every year in the United States, thousands of people die from bacterial infections that can’t be treated with antibiotics. But Rose, from his lab in the University of Wisconsin–Madison School of Pharmacy’s Pharmacy Practice Division, tries to keep the problem in perspective.

“There is antibiotic resistance in certain pockets in the U.S., but most of the time, bacteria strains are susceptible to antibiotics,” he says. “It’s not as dire as some might predict, but if things stay on their current track, there could be significant problems down the road.”

Thinking ahead by looking back

One of Rose’s biggest worries is that the development of new antibiotics may slow or stall.

“There’s really not a market in antibiotics for investment, and companies that have tried to develop them over the last several years have largely failed to gain traction,” Rose says. “I’m concerned that if we do see significant antibiotic resistance in the future, then we really won’t have any industry to develop new ones.”

“Rather than tailoring the antibiotic to the bacteria, we’re tailoring it to the person.”
—Warren Rose

In a recent survey of 132 U.S. hospitals, Rose and colleagues found that hospitals wait over a year, on average, to prescribe new antibiotics — a delay that pushes back companies’ receipt of drug research and development costs and could discourage them from developing new antibiotics.

Though new antibiotics are critical for addressing antibiotic resistance, so are older ones — and that’s where Rose focuses much of his research. In particular, he’s interested in how older antibiotics can help newer ones work better for treating infections like methicillin-resistant Staphylococcus aureus, or MRSA, which infects tens of thousands of people in the United States every year.

“In my lab we’re repurposing or repackaging older antibiotics so that we can hopefully continue to use them effectively for a long time,” Rose says.

Much of this work involves antibiotics previously shown to be ineffective in treating certain bacterial infections. But Rose has found that these older drugs still have an important role to play.

In some cases, an older drug interacts with a newer drug to help the newer one bind, or attach, to the bacteria it’s intended to destroy. Other times, when a strain of bacteria begins to develop resistance to a newer antibiotic, the changes this entails make the bacteria once again susceptible to an older antibiotic that had previously become inactive against it. Using both drugs to treat the infection is like attacking the bacteria in two different ways.

Understanding which antibiotics are effective against particular infections is critical, but for Rose, it’s just one step.

“We have these drugs that we know will work in combination, but we are trying to identify what patients to use them in,” he says. “You really can’t use them in every patient because it’s not a stewardly way to use antibiotics and it can be very costly.”

So Rose and his team are working to identify biomarkers — differences at the cellular level — that put some people at increased risk of poor outcomes from certain bacterial infections. Identifying these biomarkers makes it possible to tailor treatments to meet patients’ specific needs and decreases the likelihood that patients will be treated with antibiotics that don’t work for them.

For example, Rose and colleagues have found that patients with MRSA who have higher-than-usual levels of a protein called interleukin-10 in their blood have a high risk of the infection turning fatal. These patients can be treated with stronger antibiotics that are associated with more risks, which makes them less-than-ideal for most patients but potentially life-saving for these higher-risk patients.

“A big term you see is precision medicine. It’s something we do every day in researching and treating infectious diseases by figuring out which antibiotics to use for particular bacteria,” Rose says. “But this is different. Rather than tailoring the antibiotic to the bacteria, we’re tailoring it to the person.”

Rose continues to build on his research findings with new and ongoing studies. One of his newer focus areas involves learning how characteristics of the host, or infected person, affect the interaction between antibiotics and bacteria.

Traditionally, researchers have studied antibiotics’ effects on bacteria by adding antibiotics to bacteria in the lab and observing the results. But this approach leaves out a critical real-world component: the patient.

Rose and colleagues are working to develop a model that involves not just bacteria and antibiotics but also human cell lines, like macrophages or neutrophils, to see what effect they have.

“This will allow us to see how the antibiotic response changes against the pathogens when you have host cells in there,” Rose says.

He’s also partnering with engineering colleagues to scale down modeling systems used in the lab to a micro-level. Currently, running tests on a single patient to figure out if a particular antibiotic is likely to work isn’t very feasible — it requires lots of resources and a large amount of lab space. But Rose hopes to change that.

“We’re trying to get our applications that we’ve used in the lab for decades to the bedside for individuals.”
—Warren Rose

“We’re trying to get our applications that we’ve used in the lab for decades to the bedside for individuals,” he says.

In addition to cross-campus collaborations, the Rose Lab also draws help from students in the School of Pharmacy’s PharmD program, who can lend a hand with his projects or pursue their own under his mentorship.

“A lot of our students are interested in research, as UW–Madison is a top research university,” he says. “We get students in the laboratory as early as possible and mentor them to develop research techniques and appreciate what’s needed for original investigation.”

Two of Rose’s students recently had their research accepted for presentation IDWeek 2019, a major meeting for infectious diseases researchers and a unique honor for PharmD students.

Rose notes that he and his students are surrounded by other School of Pharmacy researchers doing important work in infectious diseases and other fields, which enhances and enriches the research experience.

“So many great things are going on here,” he says. “We have great faculty who are key decision makers and opinion leaders in various fields. We are on the cutting edge of health care going forward.” 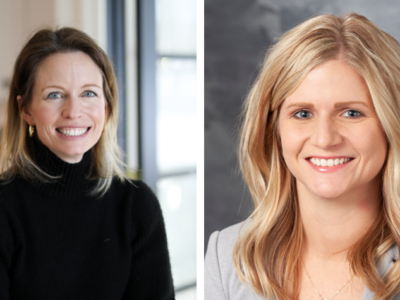