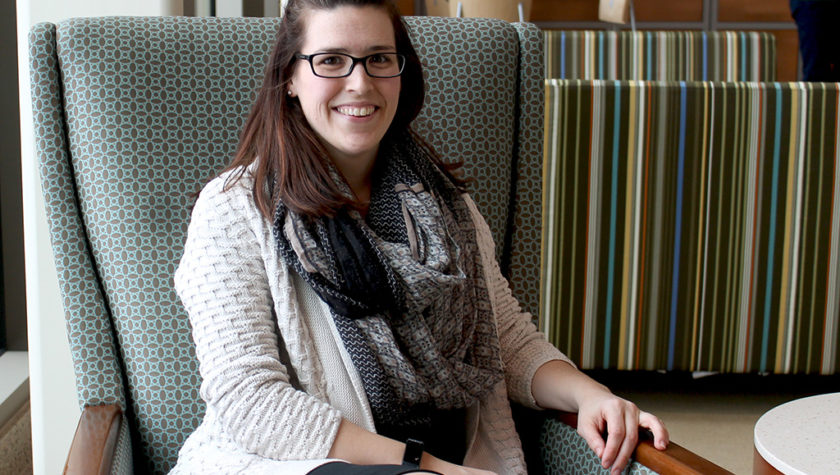 Melisa Wittkowske (BS '06), graduate of the School of Pharmacy's Pharmacology-Toxicology program, who now works for the Wisconsin State Crime Laboratory.

David Caruso and his tanned CSI: Miami team might have you believe that crime labs are dimly-lit with flashy colors and manned by scientists sporting side arms and sunglasses.

“What you’ll actually see is a bunch of people in lab coats in very white and sterile rooms,” says Melisa Wittkowske (BS ’06), forensic scientist supervisor at the Wisconsin State Crime Laboratory. “We aren’t affiliated with law enforcement, so we’re not sworn officers who carry weapons.”

Wittkowske, who graduated from the University of Wisconsin–Madison School of Pharmacy’s Pharmacology and Toxicology program, oversees the DNA Databank Unit of the Wisconsin State Crime Laboratory, which processes reference DNA samples and enters them into the FBI-owned Combined DNA Index System (CODIS) to help provide investigative leads to law enforcement.

“When you watch TV shows, you get the impression that crime labs are always really colorful and exciting, with investigators barging in and crimes being solved overnight,” says Wittkowske. “But the reality is that our lab looks pretty typical and, in most cases, it takes longer than a few hours to process and obtain a match in CODIS.”

Despite the absence of dramatic lighting, Wittkowske and her team are still a key piece of the Wisconsin State Crime Laboratory’s efforts to get offenders off the streets. But before she joined the Department of Justice, she got her start at the School of Pharmacy.

The path to forensics

Wittkowske grew up in Beaver Dam, Wis., and came to UW–Madison knowing she wanted to pursue something in the area of STEM, so she loaded up on science and math courses to get exposure to a variety of fields. One of those classes included a visit from someone from the School of Pharmacy, discussing a way to get involved in research and enter a specialized pathway as an undergraduate: the Pharmacology and Toxicology bachelor’s degree program.

“The part that was intriguing to me was that we wouldn’t just be learning about drugs, but about how those drugs impact the body — understanding the system as a whole and not just understanding a drug’s chemical composition,” she says. 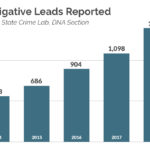 To fulfill the PharmTox program’s research requirement — which encourages students to pursue their individual interests in a variety of departments and schools on campus — she worked in the lab of Jon Odorico, a professor in the UW–Madison School of Medicine and Public Health. As a student technician, she supported his research to produce insulin-functional cells from embryonic stem cells.

“The PharmTox program aims to give students an interdisciplinary, biomedically rich, human-health focused curriculum,” says Jeff Johnson, professor and program director. That foundational education prepares graduates to enter the workforce immediately, such as in biomedical or regulatory affairs fields, or to dive into research-intensive graduate work. Wittkowske chose the latter, entering the Cellular and Molecular Biology PhD program in the lab of Dave O’Connor, a professor in the Department of Pathology and Laboratory Medicine, which is part of the UW AIDS Vaccine Research Laboratory.

“My project looked at the genetics of a very specific nonhuman primate species, the Mauritian Cynomolgus Macaque, and focused on how the Simian Immunodeficiency Virus impacts their immune system,” explains Wittkowske.

After graduating with her PhD and leaving O’Connor’s lab, she rejoined Odorico in a private company he started, Regenerative Medical Solutions, to continue his work on the production of insulin-functional cells from embryonic stem cells.

“As associate director of research and development, I was kind of a jack-of-all-trades and oversaw a lot of the day-to-day research,” Wittkowske says. “Growing stem cells is an every day job. They need to be maintained constantly, and as an inherently hard worker, I was easily immersed in that job — seven days a week, often 10-plus hours a day.”

When it came time to reconfigure her work-life balance, she applied to the Wisconsin State Crime Laboratory and was impressed by the team atmosphere.

“Everyone here is extremely dedicated to the field and they’ve been working toward this their whole lives,” she says. 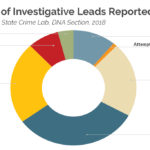 “The volume of samples the laboratory was going to be receiving and entering into CODIS was increasing from about 10,000 a year to more than 30,000,” says Wittkowske. To keep up with the demand, her team grew from four to 22.

When individuals are obligated by Wisconsin State Law to provide a sample, Wittkowske’s team processes the sample to get a DNA profile, which is then entered into CODIS to be searched against the other profiles in the system — including unidentified DNA from crime scenes that’s been collected as part of casework and entered into the system by DNA analysts.

“If a match occurs between one of the samples from a known individual and an unknown sample from casework, the CODIS system will notify our analysts, and then we’re able to provide an investigative lead to law enforcement to help resolve that case, hopefully,” Wittkowske says.

Between 2014 and 2018, the increased capacity of the DNA Databank section of the Wisconsin State Crime Lab has seen the reported leads grow from 563 to 1,409 — more than 30 percent of which were for sexual assault and homicide cases. Another 43 percent of the investigative leads aided burglary and robbery cases.

As supervisor, Wittkowske is no longer doing bench work, but she works with staff on a daily basis to ensure the training of new team members is progressing appropriately, manages grants and works closely with the technical unit leader to ensure that the lab is meeting all quality and process standards to maintain accreditation.

“All of our analysts performing bench work are proficiency tested and their training is very rigorous,” she says. “Even though I’m not doing that work as a supervisor, I understand the science, thanks to my education and experience at UW–Madison.”

Although she misses the hands-on nature of bench work, Wittkowske takes great satisfaction in helping her team members reach their goals.

“The mentoring pathway has been challenging and a really positive experience for me,” says Wittkowske. “It’s terrifying to think about coming off the bench, but it can also be exceptionally rewarding to help individuals grow and reach their goals.”

Wittkowske also devotes some of her time helping students at the School of Pharmacy understand their career options after graduation. She has returned to the School several times — including a visit in March 2019 — to share her atypical career path and advice to current PharmTox students.

“I try to bring a toxicologist with me to let students know that coming straight out of the PharmTox program, there are opportunities in the forensic science field,” she says, which, in addition to the DNA Section, also has Criminalistics and Chemistry Sections. The Chemistry Section, for example, has a Toxicology Unit that utilizes gas chromatography mass spectrometry to look for chemical analogs, which students learn in the PharmTox curriculum.

“In the Wisconsin State Crime Lab, you’re helping law enforcement and you’re helping the public, and working together as a team toward that goal is really important to me.”

Read about other alumna of the School of Pharmacy’s undergraduate Pharmacology and Toxicology program, who took her training to intellectual property law or learn how to give back to the PharmTox program.

Do you have a suggestion for an alumni feature? Share it with us.