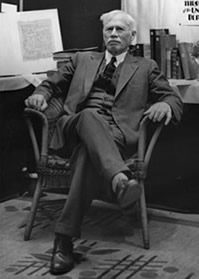 project with the U.S. Department of Agriculture in 1895 to carry out research on drugs of plant origin. At the time, of course, plants constituted the principal source of potent drugs. In 1909 a medicinal plant garden was established on a two and one-half acre site in Camp Randall to support this initiative. The project was so successful that in 1913 the Wisconsin Pharmaceutical Experiment Station was established by state statute; it was patterned after state agriculture stations, but it was the first such venture in the pharmaceutical field in the United States. Dr. Kremers was its director and driving force, as well as maintaining his leadership role in the UW Department of Pharmacy. The Pharmaceutical Experiment Station served as the research branch of the department of pharmacy responsible for production, research, development, and supply of medicinals for the improvement of health care in the state. The Station conducted research on the plant drugs in the laboratories of the pharmacy department; it distributed its products, which were generally of better quality than many available through other channels, to pharmacists and physicians of the state. The pharmaceutical gardens were later moved to a location near Picnic Point. This activity came to an end in 1933 when state funding lapsed as a consequence of the Depression; however, the WI state statute remains in place today:
2011-12 Wisconsin Statutes (updated through 2013 Wis. Act 45, August 12, 2013) CHAPTER 36 UNIVERSITY OF WISCONSIN SYSTEM 36.25 Special programs. (10) PHARMACEUTICAL EXPERIMENT STATION. The board [of Regents of the University of Wisconsin System] may establish, equip and maintain a pharmaceutical experiment station in the school of pharmacy of the University of Wisconsin-Madison for the purpose of cooperating with other state agencies in the cultivation of medicinal plants, the synthesis and production of high-grade drugs and the dissemination of related information and service to the citizens of the state.

In 2003, thanks to the generous contributions of our benefactors and the initiative of Professors Kenneth A. Connors, Melvin H. Weinswig and George D. Zografi, the Zeeh Pharmaceutical Experiment Station was re-established in the School of Pharmacy with an updated mission and Lynn Van Campen, Ph.D. was appointed the Director in December 2003.

The Zeeh Pharmaceutical Experiment Station is operating in renovated (2006), custom designed, laboratory facilities and continues to grow and serve its modern mission under the leadership of Dr. Ed Elder, Director, and Dr. Mark Sacchetti, Scientific Director.