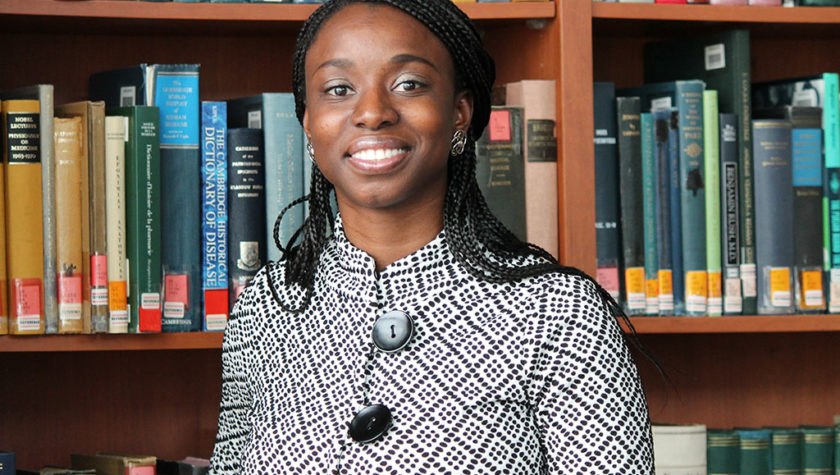 Would you believe that a cartoon sheep, giraffe or deer has the power to change a life? What about thousands of lives?

A new video game in development under the direction of University of Wisconsin–Madison School of Pharmacy Assistant Professor Olufunmilola Abraham (MS ’11, PhD ‘13), in the Social and Administrative Sciences Division, has exactly that goal in mind.

In collaboration with Gear Learning, housed in the Wisconsin Center for Education Research, Abraham is developing an innovative video game to teach high schoolers about safe practices regarding opioid medications—the first-ever of its kind—featuring a lineup of anthropomorphized characters learning how to deal with the social pressures surrounding opioids.

“What’s really unique about this project is that it teaches about patient-related care and health care instead of just science,” says Abraham. She has built educational video games before but none geared toward opioid medication safety. Driven by the ongoing opioid epidemic, Abraham wants to counter the problem at its roots by educating youth about the risks, appropriate use and safe storage of the widely used medications.

“Opioid issues go back to safety—how to use medications, prevent abuse, prevent diversion,” says Dave Mott, professor and chair of the Social and Administrative Sciences Division. “This game is a very innovative and exciting way to educate kids about safe practices, which will then give parents a reminder, too.”

“The game gives students a space to have conversations [about opioids] earlier on and be prepared to deal with it and promote the right things among their peers.” –Olufunmilola Abraham

For young adults and adolescents, the vast majority of opioid misuse is with prescription opioids—not heroin. But prescription abuse, which is a serious affliction on its own, is also the main fuel for future heroin addicts. A 2013 study found that 80 percent of current heroin users said their addiction began with prescription medications.

“We wanted to target high schoolers with the game because the data shows that prescription opioid abuse is higher for kids who are 15 and older than for middle-school-age kids,” Abraham explains. Although she initially wanted to reach middle schoolers with the game as well, the narrowed focus will help the game more effectively translate medication information for students’ developmental level.

Educating students early on, when they or their classmates are gaining access to opioids for dental work or sports injuries, could avoid decades of addiction, financial ruin—and even death.

“Most people who abuse opioids get them from family and friends who don’t store them safely or don’t properly dispose of unused or unwanted medications,” says Abraham.

Proper storage of opioids is one of eight main principles Abraham’s game will instill into students through different Groundhog’s Day-esque scenarios, where players will have the chance to go back in time, re-live situations and fix their mistakes.

In one storyline, a character gets back from the doctor with prescription pain relievers for a broken arm. She sets them on the counter, and starts texting her friends to invite them over for some well-deserved sympathy. When her friends arrive, she fetches them glasses from a cupboard, while the friends spot the medication on the counter and are tempted to experiment with the pills. By the time she turns around, her friends are sick on the floor—and her parents walk in.

“Because it’s animated, we can show, in a visually engaging way, the unintended negative physiological effects kicking in,” says Michael Beall, director of Gear Learning. Even aside from the health consequences, players will also have to navigate social, parental, and even legal consequences.

Say a student athlete character really wants a new pair of shoes and they have extra pills from being overprescribed. What if they sell a couple for extra money?

“This could lead to the overdose death of a friend, getting to harsh areas of reality and empathy,” says Beall. “Now because you did this, your friend is dead, you’re off the team, you’re in the principal’s office, your parents are there—all of a sudden your world starts to crumble.”

Allowing characters to fail and even die within the game makes players more invested, Beall says, and more likely to want to take the proper precautions to keep their character safe and successful.

Developing a game for impact and engagement

Abraham, Beall and their teams have done extensive research about other games on the market, none of which are similar in terms of gameplay and topic, as well as when students are typically prescribed opioids. They also used literature to create eight medication safety principles, such as safe storage, to prevent opioid misuses, and all of those insights were directly incorporated into the game’s story boards.

“One of our biggest challenges is incorporating those eight principles realistically,” says Beall. “It’s not broken down in the real world by those points; many of them stack together and happen simultaneously. Trying to build that into the narrative is a fun challenge.”

Another hurdle, Abraham says, is trying to meld the theories behind educational game design and health behavior change for the greatest effect on medication safety and responsible adherence.

“This game has to really affect patient care and patient engagement,” says Abraham. “We’re coming from almost two different worlds and marrying our sciences to have a shared positive outcome that’s measurable from both the health sciences and learning sciences perspectives.”

To ensure they’re on the right track, they’ve met with eight groups of high school students from local schools, including Madison East High School, to get feedback on the mood, design, and characters. They wanted to see what the students, without context, are getting out of the graphics, but they also wanted to learn what adolescents already know about opioids, how they’re finding their information and what their experiences have been.

“It’s really interesting to see that they know about the epidemic, they’re searching for information online, and they never get to talk about these issues,” says Abraham. “We found that there’s a huge gap between what they should know about safe practices and the information they’re finding.”

“I really believe this can help. This could be one of the most impactful games we’ll ever build. We could be saving lives.” –Michael Beall

In a recent feedback session with a group of 10 high school students, they immediately started to identify certain anthropomorphic characters with people they know in real life, and started assuming behaviors, such as, “I bet that guy deals drugs, and that girl buys them.”

The animal characters are the game developers’ way of providing players with a “blank slate” to identify with, free of potential races or ethnicities that might distract players from the game’s core messages.

“When you take an anthropomorphized character, it’s very easy for people to see themselves, and that becomes incredibly meaningful in the gameplay experience,” says Beall.

Abraham and Beall have also already been in touch with the Wisconsin Department of Public Instruction to build a relationship that would give them access to a wider scope of students, especially in rural areas, for testing and the game’s eventual release. Potentially, Abraham hopes, the game could be included in Wisconsin students’ health education curriculum.

“The game gives students a space to have those conversations earlier on and be prepared to deal with it and promote the right things among their peers,” says Abraham. “It’s showing them practical ways how to be proactive about intervening.”

Creating the opioid safety game is a crucial move in educating youth about the hazards and safe uses of prescription medications, but it’s just a first step for Abraham. While producing this game, she’s learning lessons and developing relationships and processes with Gear Learning that could help expedite future gamification projects.

“We’re trying to develop serious games to teach about things that are relevant in clinic settings, that are relevant to health care provider-patient relationships as opposed to going to a clinic or pharmacy and getting stacks of information to read over,” says Abraham. “We know when people are not engaged in their care and not as informed about medications and their risks, their outcomes are poorer.”

Following the opioid game, the next priority for Abraham is cystic fibrosis in adolescents, which requires many medications that are sometimes $5,000 or more per dose. She already works closely with the UW Cystic Fibrosis Center, and envisions a partnership to create a game to help young patients’ understanding of their medications, which has proven critical to adherence. Using a game-based learning approach can help bridge that gap with clinicians or doctors, she says.

Abraham and Beall have invested significant time in conceptualizing, planning and design since the spring of 2018, and the game is now officially in production, which will take their concepts and build them into interactive storylines. They aim to have the game built and ready for the next stage of testing in late September or October 2018, with a final release in 2019.

“I really believe this can help,” says Beall. “This could be one of the most impactful games we’ll ever build. We could be saving lives.” 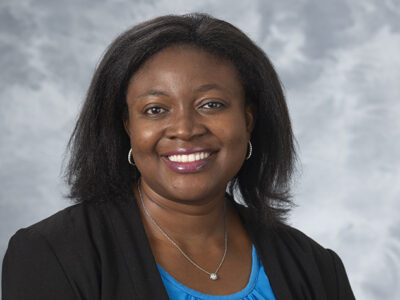