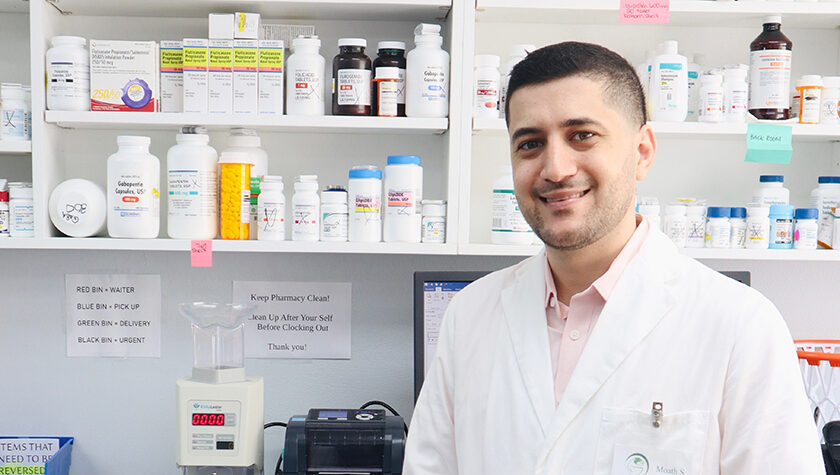 “I learned to help others through watching my dad,” says Moath Sarsour (PharmD ’16).

His father came to the U.S. in 1978 to earn a civil engineering degree at the University of Wisconsin–Milwaukee, and when Sarsour was 5, his father moved the family back to Jerusalem to learn the language and culture.

“He opened a civil engineering office there and was known in the community as someone who would build you a house if you provided a piece of land,” says Sarsour. “He also helped nonprofit organizations and didn’t charge them fees for service.”

When Sarsour was 17, the family returned to Milwaukee, where Sarsour attended Riverside High School. He says he felt like he had to work twice as hard because English was his second language, but he buckled down and graduated as valedictorian.

“We are a family of entrepreneurs and we take education very seriously,” says Sarsour. In addition to his father’s business in Jerusalem, his family in Milwaukee owns more than 40 stores, including grocery stores, cell phone stores, and fast food businesses.

This work ethic carried him through the PharmD program at the University of Wisconsin–Madison School of Pharmacy and into owning a pharmacy of his own just three years after graduation. At the forefront of his business’ mission is the drive to help his community, just as his dad did, by offering a breadth of innovative services delivered with a personal touch.

As an undergraduate at UW–Milwaukee, Sarsour originally planned to pursue civil engineering and worked as a cashier at a convenience store, where he often sold about 30 packs of cigarettes a day. Many of these customers were elderly and had chronic health issues, some with oxygen tanks.

“That was not a good feeling,” Sarsour says. These interactions stuck with him as he thought about his future.

He had pharmacists in the family and was interested in the material, so he joined the pre-pharmacy club at UW–Milwaukee. But his major remained civil engineering — until the 2009 economic crisis hit.

“Health care is always needed,” he says. “I changed majors and started taking biology and chemistry for pharmacy, instead of physics and math for engineering. It was a good decision.”

During his fourth year as an undergraduate, Sarsour met his wife, and they got engaged.

“We both applied to UW–Madison,” Sarsour says. “She got accepted for undergrad, and I got accepted to the School of Pharmacy, which was exciting.”

The couple then returned to Milwaukee for Sarsour’s rotations and his wife’s, Faiqa Oweisi, acceptance into Marquette’s speech-language pathology master’s degree program. Throughout pharmacy school, Sarsour worked as a tech, intern, and pharmacist at a chain pharmacy.

“I got my contract a year before I graduated because I had been working with the company for a while, so they had a job ready for me,” he says. “I enjoyed my job at the chain pharmacy, but I always felt like I had more to offer my customers.”

Building a reputation — and a business

As with his father, Sarsour’s commitment to the community came with a reputation.

Sarsour became pharmacy manager and developed good relationships with local physicians. When a patient’s medication wasn’t covered, Sarsour would call the provider’s office and ask to change the prescription to a drug that was covered, a proactive step both patients and providers appreciated. Soon, he’d made a name for himself beyond the pharmacy walls.

“When my daughter got sick, I took her to a doctor and introduced myself as a local pharmacist,” recalls Sarsour. “The doctor said, ‘I’ve always wanted to meet you; I hear good things about you.’”

Through the course of their conversation, Sarsour explained that he was ready to take his career to the next level and was thinking of opening his own independent pharmacy. The physician suggested he talk with the landlord of the building about the available space next door to the doctor’s office. This one clinic visit ended up being the catalyst Sarsour needed to launch his own business.

As all the pieces fell into place, Sarsour left the pharmacy where he’d spent seven years, rented the space, and opened Long Life Pharmacy in November of 2019.

“I’m here to help everyone. That’s what we do as pharmacists.”
—Moath Sarsour

“Having worked at a retail pharmacy as a tech, intern, pharmacist, and pharmacy manager really helped me,” says Sarsour. “Our first day open was a Friday, so I could see what I would need to work on during the slower weekend to be ready for Monday.”

That decision proved to be pivotal, as opening day surpassed all expectations.

“Our first day we filled 73 prescriptions,” he says. “I wasn’t expecting that.”

He opened with one technician, but by Monday, he’d hired two more to keep up with business. Long Life Pharmacy reached Sarsour’s six-month goal for daily prescriptions filled in its first six weeks.

“I thought my goal was bad because I reached it so quickly, but when I spoke with the clinic next door, they said their business became busier when we opened next door,” Sarsour says. “It’s easy for patients to go to the clinic and then the pharmacy next door, which is a win-win for everyone.”

“Before opening, I didn’t do much marketing; I just wanted to establish my business,” Sarsour says. “I had a website, a Facebook page, and an Instagram page. Now, after six months, we’ve made fliers, approached businesses in the neighborhood, and done Facebook ads. Even some insurance companies recommend us because we offer free delivery, which is really cool.”

Long Life Pharmacy has offered free delivery within 25 miles of the pharmacy, covering Milwaukee County, from day one.

“When I was working at the chain pharmacy, a lot of customers would tell me how hard it was to pick up meds, so I would deliver them myself after work,” Sarsour says. “I try to go above and beyond.”

Sarsour says his customers have especially appreciated the pharmacy’s free delivery service during the state of Wisconsin’s Safer at Home order.

“If a medication is not in stock, we tell them not to worry and that we’ll bring it tomorrow,” Sarsour says. “If the patient needs it right away, and if they approve, we’ll call around and transfer out the prescription from our pharmacy to a different pharmacy that has the medication available.”

But the heart and soul of his pharmacy is his in-depth comprehensive medication review consultations, known as CMRs. “When you spend more time with customers, you know what help they need,” Sarsour says. “That’s why we started CMRs.”

The pharmacy provides several CMRs per month, in which a pharmacist spends a half-hour with a customer, educating them about their medications, how to take them, what to be aware of in terms of drug-drug interactions, and what to avoid.

“We are proud of offering that,” Sarsour says, recalling his experience reluctantly selling cigarettes in college. “On average, we talk to 10 patients per week about smoking cessation.”

Sarsour incorporates cultural sensitivity into the pharmacy, as well. For example, some patients don’t eat gelatin for religious, cultural, or dietary reasons, so the store offers gelatin-free vitamins.

“We currently offer service in English, Spanish, and Arabic and plan to expand our languages,” Sarsour says. “I’m here to help everyone. That’s what we do as pharmacists.”

Sarsour is a huge proponent of independent pharmacy ownership.

“UW–Madison’s PharmD program taught me the power of networking and stressed that we continue to seek knowledge after graduation,” he says. “Because of my education and drive, moving up in retail happened really fast for me. I became a pharmacy manager within eight months of graduating, but I wanted to explore my horizons. I knew that the only way to expand that was to go out on my own.”

Between his time at the School, the experience of his entrepreneurial family members, and various conventions he attended to learn about opening a pharmacy, he felt motivated and capable to serve his community as a pharmacy owner. And he encourages other pharmacy students to follow in his footsteps.

“For students who want to focus on consultations as pharmacists, I would recommend considering opening your own pharmacy,” he says. And his door is always open to student pharmacists who want to learn more about what it takes to open a pharmacy.

“As pharmacists, students should know they can do a lot more than they think they can do.” 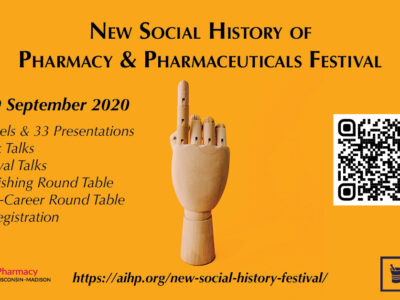 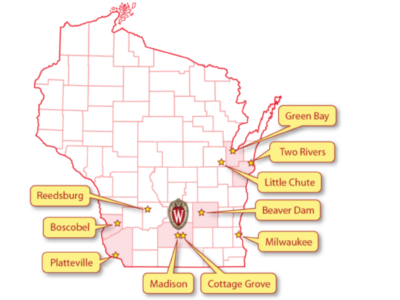 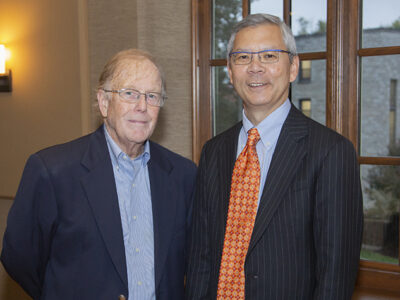