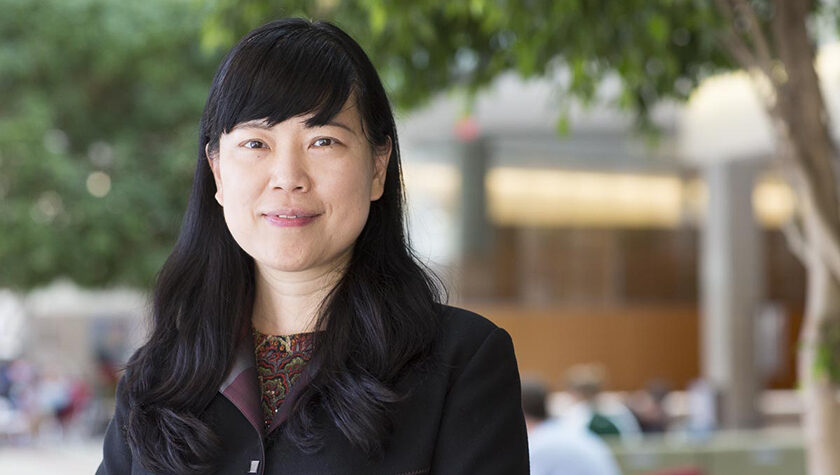 Crabs may not be the first animals that come to mind when thinking about research at the University of Wisconsin–Madison School of Pharmacy. But for Lingjun Li’s group in the Pharmaceutical Sciences Division, the blue crab has proven to be a simple and useful model organism for studying how small signaling molecules known as neuropeptides help regulate the body’s response to hypoxia, or low oxygen levels.

“Hypoxia is quite broadly implicated in a variety of medical conditions,” says Li, the Charles Melbourne Johnson Distinguished Chair in Pharmaceutical Sciences and Vilas Distinguished Achievement Professor of Pharmaceutical Sciences and Chemistry. “Cardiovascular disease, stroke, asthma and other lung diseases — and even cancer, where many tumors have a hypoxic core. Since many of the molecular signaling pathways may be conserved, what we learn from this invertebrate system could potentially translate to a better understanding of more complex mammalian systems.”

Coastal marine organisms such as the blue crab frequently experience hypoxia due to environmental fluctuations. As a result, they have adapted a variety of behavioral and physiological responses, such as moving away from oxygen-depleted waters or shifting into a low-activity state until conditions improve. That makes the crustaceans ideal for exploring molecular changes that may underlie the physical responses to hypoxia and how those responses change over time, says Amanda Buchberger, who led the study while completing her PhD in chemistry in the Li lab.

In crabs exposed to acute hypoxia, the team identified widespread dynamic changes in small signaling proteins called neuropeptides. Different patterns emerged over several hours after a single hypoxic exposure, painting a nuanced picture of how the peptides may contribute to both acute stress responses and longer-term adaptations.

Neuropeptides comprise a large category of small molecules involved in modulating a wide variety of behaviors and stress responses. “Neuropeptides are one of the most generic and diverse groups of signaling molecules that can regulate essentially all physiological functions that you can think about — feeding, learning, pain sensation. And in the human nervous system, there’s a whole host of these chemical signaling molecules that modulate and change the function and output of each individual neural circuit in the brain and spinal cord,” Li says.

To study them in the crab, Li’s team applied their longstanding expertise in mass spectrometry, a powerful method for analyzing molecules based on their size and chemical properties. Mass spectrometry can distinguish hundreds of molecules at once — and because the separation is based on physical properties, researchers don’t need to know in advance a molecule’s identity in order to analyze it.

What’s more, neuropeptide families can have dozens of chemical isoforms that may differ from each other by a single amino acid — differences too subtle to distinguish using traditional molecular labeling methods, such as antibodies, but resolvable with mass spectrometry. These capabilities really set the stage for new discoveries, Li says. Previous studies in mammals have typically looked at changes in one or two peptides under a condition of interest.

“Here we’re really looking at more global expression changes,” she says, “probably one of the first global profiles of neuropeptides in response to hypoxia challenge. All together, we report close to 90 neuropeptides and their dynamic changes in this model organism under hypoxic conditions.”

The researchers reduced oxygen in the crabs’ water to about one-tenth of the normal levels, similar to what the animals might encounter in a hypoxic event in the wild. Then they quantified relative changes in neuropeptide expression at zero, one, four, and eight hours after hypoxia in several body tissues, including the pericardial organ (part of the crustacean’s cardiovascular system) and the brain.

Over time, distinct patterns emerged in the abundance of the different molecules. Some neuropeptides present under normal conditions rapidly disappeared once the animal experienced hypoxia. Others showed a quick but short-lived burst of expression, peaking around an hour after oxygen deprivation before dropping back to normal levels. And some didn’t show up at all until four or more hours later.

“It shows that you can’t just look at one time point and get the full story of what’s happening,” says Buchberger. “There are different mechanisms occurring at different times — a short-term or acute response versus a more long-term survival response.”

These main patterns of change are captured in beautiful artwork by School of Pharmacy illustrator Sally Griffith-Oh and featured on the cover of the April 2020 issue of the Journal of Proteome Research. The cover image depicts the blue crab in its coastal habitat, seemingly contemplating its own peptides’ responses to changing water conditions.

Many of the crab’s hypoxia-sensitive peptides are related to known mammalian neuropeptides, Buchberger says. The goal is to apply their findings to more complex organisms, such as mice and humans, and explore their biological impact in conditions such as stress or disease.

They are now conducting follow-up studies to look more closely at the function and potential physiological roles of some of the molecules. For example, Kellen DeLaney, a chemistry PhD student in Li’s lab, is measuring how individual neuropeptides affect heart rate during hypoxia. Such studies allow her to connect behavior, neurochemistry, and physiology through explorations of specific signaling pathways.

“From hundreds of neuropeptides, we’re able to parse them down and identify ones that are specifically related to hypoxia and do more targeted physiology studies on them,” DeLaney says. “With the assistance of mass spectrometry, we’re driving higher throughput and expanding the amount of information you can get in a small amount of time.”

Much of this discovery is enabled by the group’s innovations in mass spectrometry techniques. For this study, they used a novel strategy called 4-plex reductive dimethylation, which marks different peptides with chemical tags that allow the comparison of four conditions — such as different time points — at once. Not only is the approach much faster, but it also improves data reproducibility, reduces error, and uses fewer resources and less instrumentation time.

Li’s group has pushed multiplexing capabilities in other mass spectrometry-based approaches as well, and in this study introduced multiplexing for the quantification of low-abundance signaling molecules. Previously, such analysis would not have been possible for the many neuropeptides present at very low levels, Li says.

The group is also moving toward using imaging mass spectrometry, which can reveal the spatial distribution and localization of the different molecules in tissues and organs. Li’s team described a way to use this method to study crustacean neuropeptides in response to hypoxia in a paper featured on the May 2020 cover of the Journal of the American Society for Mass Spectrometry, also with artwork by Griffith-Oh.

“Our mass spectrometry-based approach offers many advantages — such as specificity and high resolution — that allow us to actually start to see such extraordinary chemical complexity,” Li says. “That’s going to have a lot of implications for the future, for us to understand how the brain and other organs function and signal.” 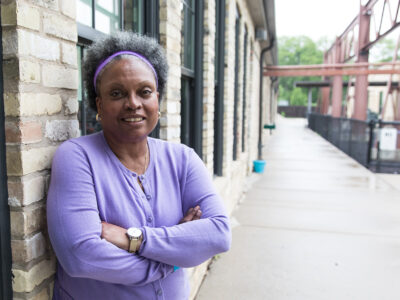 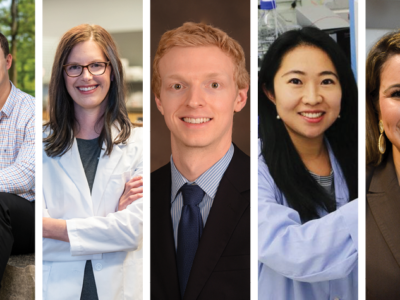