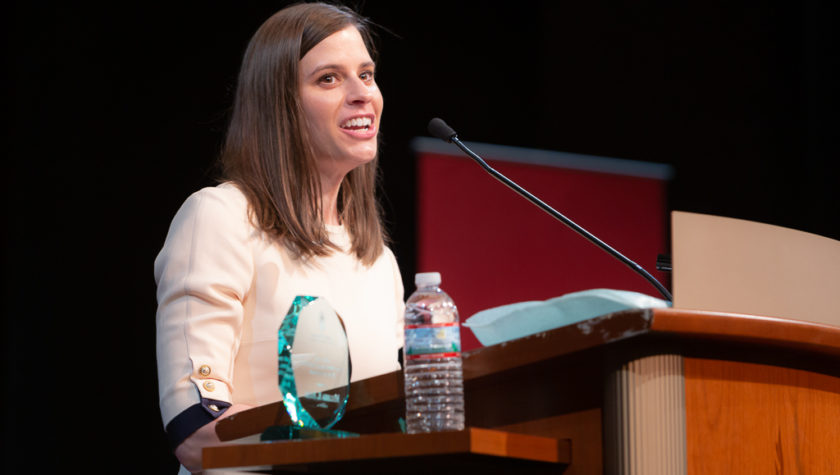 From a young age, Melissa Heim knew she wanted a career in health care. As the daughter of a medical technologist, she had the opportunity to shadow several different health professions, including doctors, nurses, physical therapists, and pharmacists.

Heim (PharmD ’12) pursued that dream at the University of Wisconsin–Madison School of Pharmacy, and now works consistently to instill that same enthusiasm and passion into the School’s student pharmacists as a preceptor.

“It’s really rewarding to take care of patients and see them improve, but when I can teach and coach a pharmacy student so that by the end of their rotation they’re able to independently contribute to patient care, it’s a priceless feeling,” Heim says.

That drive and commitment to helping student pharmacists develop earned Heim the 2019 Larry Boh Clinical Instructor Excellence Award for Advanced Pharmacy Practice Experiences (APPEs) in which Heim has supervised pharmacy students and residents in real-world settings for the past five years.

“The personalized approach Heim takes in her precepting role leaves a lasting impression on every student pharmacist she works with,” says Mara Kieser, assistant dean of experiential education and professor with the School’s Pharmacy Practice Division, who presented Heim with her award during the 2019 Hooding Ceremony. “Through their rotations with her, our PharmD students gain a fundamental understanding of the commitment to continued learning, individualized patient care, and high ethical standards that distinguishes leaders in pharmacy.”

“When I can teach and coach a pharmacy student so that by the end of their rotation they’re able to independently contribute to patient care, it’s a priceless feeling.”

In addition to her duties as a preceptor, she is also an intensive care unit pharmacist at the William S. Middleton Memorial Veterans Hospital, where she monitors patients’ medical records, participates in interprofessional patient rounds, and implements quality improvement strategies.

“Our practice is pretty advanced and we have a broad scope of practice in the inpatient setting,” she says. “There are certain medications that we as pharmacists are allowed to prescribe or continue without necessarily needing to contact a provider.”

She was motivated to get involved by a transformative experience as a fourth-year pharmacy student on her own APPE rotations. Specifically, she fondly remembers a rotation at the same hospital and in the same unit where she works today, where she got her first exposure to critical care pharmacy through preceptor Paul Lata.

“He let me get involved with patient care, taught me to think critically, and made me feel like a valued member of the team,” she says. After that experience, she decided to shift her career goals from ambulatory or hospital pharmacy to critical care. After graduating, she took a critical care specialty residency with UW Health, under preceptor Jeff Fish (BS ’91).

“I was really lucky to have both Jeff and Paul as instructors, and now as colleagues,” says Heim. “I want to pay those experiences forward and be able to teach student pharmacists the way that they taught me.”

A study published by Shardae Young in 2014 about pharmacy students’ perceptions of preceptor excellence found that preceptors who serve as role models and demonstrate an interest teaching are most often associated with being an excellent preceptor — even more so than using resource materials and outlining specific rotation goals. It’s the personal connection to the students’ success that matters most.

“That survey was published right when I was becoming a preceptor and it helped me to realize that I don’t necessarily have to be the best at everything or know everything as long as I show up, act as a role model and demonstrate my interest in teaching through continuing to learn and evolve as a preceptor,” she says.

And that approach as worked like a charm. In addition to using student feedback to improve her teaching, she also personalizes rotations to students’ interests and learning styles to maximize the impact of the APPEs.

“She clearly enjoys teaching and tries to regularly incorporate it into the day,” said one student pharmacist who nominated Heim for the Boh Clinical Instructor Excellence Award. “She is actively involved in research and works to affect positive change in the pharmacy workflow. She obviously has left a great impression on me as her student and I feel lucky to have worked with her.”

For all student pharmacists, even those who don’t end up on her rotation, Heim has one piece of simple advice: “Enjoy all the opportunities that are presented to you throughout pharmacy school because you never know what doors they might open. That’s how I wound up where I am today.” 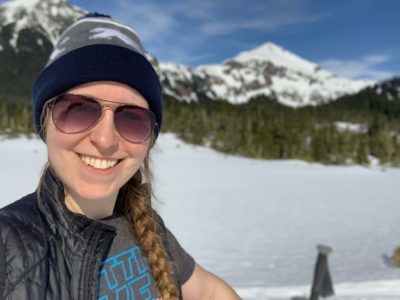 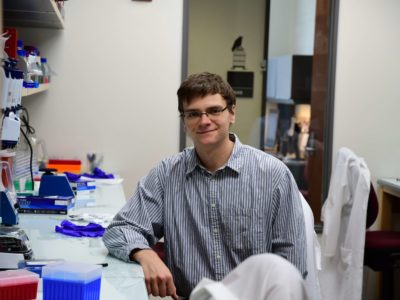 Flush with Data for Personalized Medicine