Kremers Seminar in the History of Pharmacy & Drugs
2020 Summer Kreminar 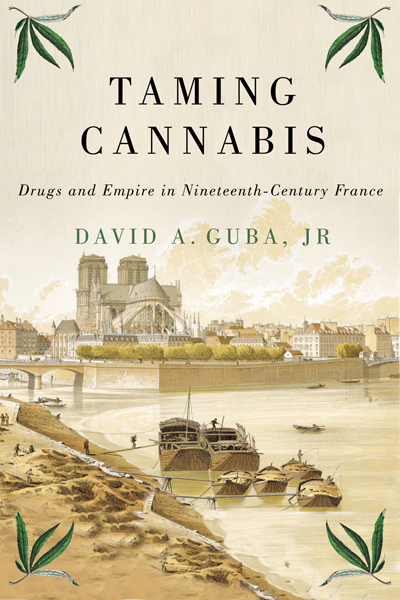 Abstract: Throughout the nineteenth century, dozens of French pharmacists and physicians developed and prescribed cannabis-based medicines, generally in the form of tinctures but also as pills, edibles, lozenges, and even cigarettes, to treat maladies ranging from the plague and insanity to asthma and migraines. They published numerous dissertations and articles on their research into and the use of these drugs in peer-reviewed medical journals in France and across the West. A close examination of these publications reveals that cannabis-based medicines figured prominently in the early professional development of French medicine during the middle nineteenth century. Most pharmacists at this time believed that cannabis, though a dangerous exotic substance, could be “tamed” by the developing chemistry-based pharmaceutical sciences and—once refined—could be used by physicians to treat a variety of ailments both physical and mental in nature.

After cannabis tincture proved ineffective against cholera during an outbreak in Paris in 1848, many medical practitioners in France published articles condemning the drug as more dangerous than effective. And by the 1860s doctors and especially psychiatrists working in French Algeria increasingly published articles on cases of “hashish poisoning” and “hashish-induced insanity” among Muslim North Africans, further adding to the negative swing in perceptions of cannabis as medicine. This paper charts this rise and fall of cannabis as medicine in France across the nineteenth century and argues that, with greater engagement with their colonial history, the French might again play a major role in the medical marijuana movement currently unfolding across the globe. 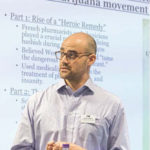 Bio: David A. Guba, Jr., earned his doctorate at Temple University and currently is Assistant Professor of History at Bard Early College in Baltimore City and Adjunct Associate Professor at the University of Maryland Global Campus. His first book, Taming Cannabis: Drugs and Empire in Nineteenth-Century France (McGill-Queen’s University Press) examines France’s first foray into medical cannabis during the 1800s and the ways in which the country’s imperial ventures in North Africa shaped popular and official perceptions of the drug both then and now. His work on the colonial history of intoxicants in France has also appeared in Salon, Slate, The Conversation, Quartz, Religion News Service, and the Washington Post.

Registration is required to join this event. Register today.

Learn more about the Kreminar Series.

This event is brought to you by: AIHP and the School of Pharmacy