About the Keynote Speaker 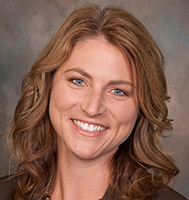 After practicing three years of full-spectrum family medicine with obstetrics at a critical access hospital in central Minnesota, Christine moved to Madison, WI. She became Assistant Director at the Native American Center for Health Professions (NACHP) within the UW School of Medicine and Public Health in 2013. Christine continued to practice family medicine at UW Health while working with the NACHP team, the tribal communities of WI, and the various health professional schools within UW to recruit and support Native American students and enrich curriculums with Native cultural programming. In 2017, she returned to the Twin Cities area, where she practices within the Allina Health System and mentors students and teaches on Native health topics.

This event is brought to you by: School of Pharmacy